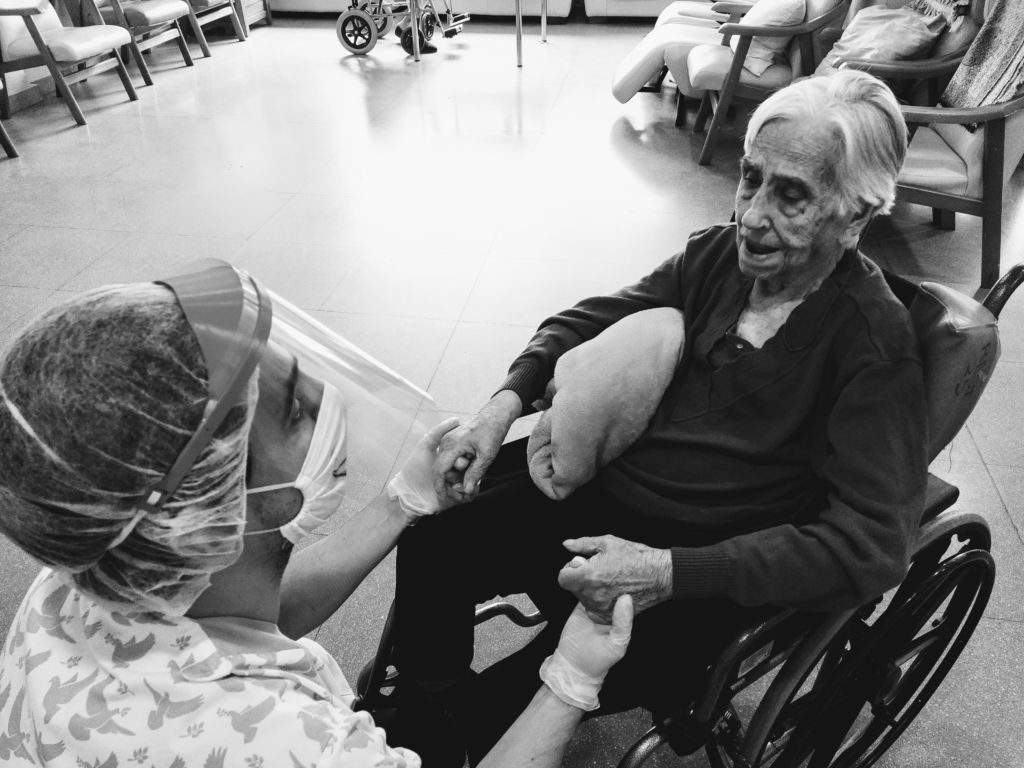 If I look back on my childhood, I remember the happiness of being surrounded by elderly people. In my town, La Rebollada,
only two kilometers away from Mieres, Asturias, neighborhoods were divided into two houses each. My grandparents, Servando and Esperanza,
lived in
my house with us, and my neighbors, Pepa and Celedonio, who were 80 and
90 years old respectively, lived in the house in front of ours. If I
think how I would like to live now, I say to myself right away: like I
used to, surrounded by elderly people.

I
met my grandparent Servando at the age of 7, when I went to see him in
prison. There the poor man was, alone, for being a communist and a red.
Because he was that, and he paid for being it in those cold prisons that
marked your reputation forever. Sometimes I was called “a red priest”
and, far from taking it as an insult, I thought of my grandparent
Servando, an idealist man, loving and affectionate. I loved him a lot
and, if I have something revolutionary in me, I owe it to him; like the tenderness and compassion. He led me secretly smoke, how could I not love him!

My grandmother outlived my parents, that’s just life, and even when I was 60 years old, she kept giving me the Sunday tip, 5 pesetas. She had ten children and she run the house, so she didn’t
have much time to be loving like my grandparent was. I think children
who lack these figures so important in life are missing something: they
miss being loved by someone who doesn’t demand more than love. 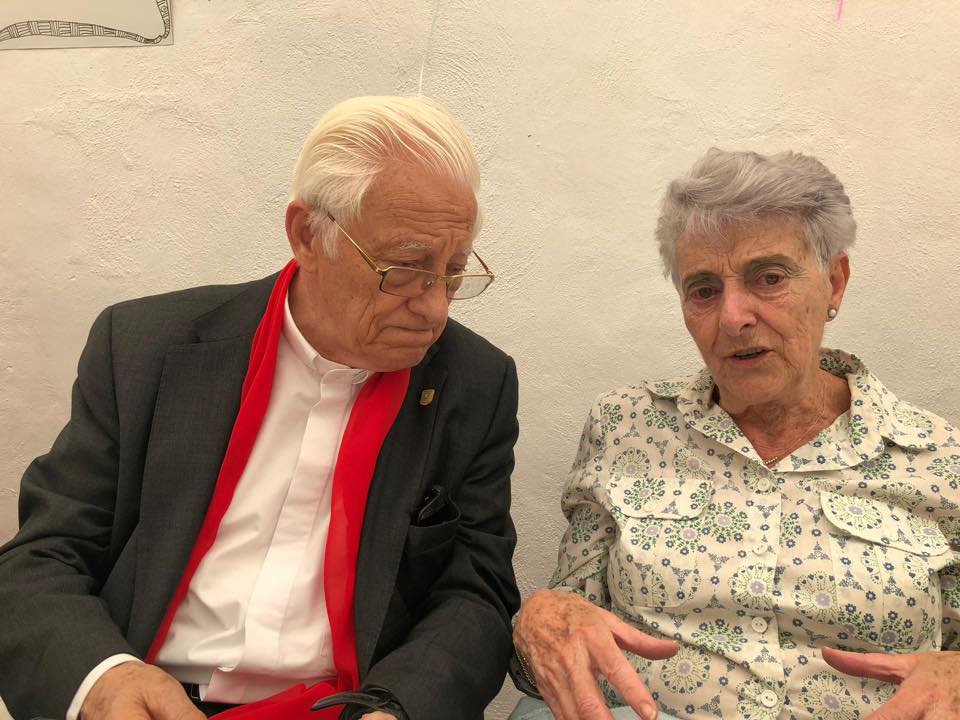 I have a hard time considering myself elderly, some may find that funny, but when I hear “and you, the elderly” … I stay there thinking if that includes me. I was lucky to give a few lectures to an audience between 20 and 60 years old along with don Enrique Miret Magdalena, who was already 90 years old. He was referring to the public as “you, the elderly” and I would tell him “You can’t say that, don Enrique. Maybe you should say ‘we, the elderly’”, and I was 20 years younger than him.

I wasn’t the only one who didn’t want to belong to that group. Even Pope John Paul II himself never said “we, the elderly” until, on his final days, me being on Saint Peter’s Square attending one of the masses he held there, he said for the first time “We, the elderly” and I applauded and cheered and said to myself: “Ole!”. I admit it’s hard for me say it because I only feel elder when sickness appear. However, being elder is not a problem for me. I enjoy it, and when I am asked about my age, I always say I’m 10 years older than I am. Now, if they believe me, I feel terrible.

No one has ever treated me like I’m elder. I guess it has to do with my activity and attitude. I have realized, for example, that with the pandemic or the snow, people offered me their arm to lean on or gave up their seats for me and I confess I didn’t like it, although I answered with a smile. Elderly people aren’t older kids, they are elders and many times we talk to them with a tone and say: “and you sweety, what do you want?” and you think: “I’m not a big boy, I’m a man!”. This is why we have to be careful with treatment. Children should be treated as children and elders as elders. Treating a child as an adult is as bad as treating an adult as a child. It’s an offense to life.

World leaders chosen today are elders and there’s a reason for that (although Trump was the exception). The Pope, Joe Biden, CEOs of companies that keep the founders at the forefront… Allow me to complain about this society for not giving value to the experience, wisdom, patience that elderly people have of the political, religious and cultural aspects… It is not possible that today people are forced into retirement just for getting to a certain age. They are relegated from their posts overnight for getting to a certain age. The day before their birthday, they are fine, but the day after, they need to retire. Age today is not the same as 30 years ago. Today, a 70-year-old man has the same strength a 50 or 60-year-old had before. It’s different if they feel sick or tired.

Now there is no compensation for age in politics, in companies or in the Administration. Congress, Senate, City Councils… they all work for gender equality, but who works for age compensation? It is not serious to value young people only for their youth. They brag about having young people or women in visible posts, but I think they should brag about having people with experience. Society as a whole should value so much more and better all the elderly people that can continue contributing with countless amounts of qualities to achieve a more complete, serene and intelligent world. A better world. We owe them respect and honor.

If I think how I would like to live now, I say to myself right away: like I used to, surrounded by elderly people.