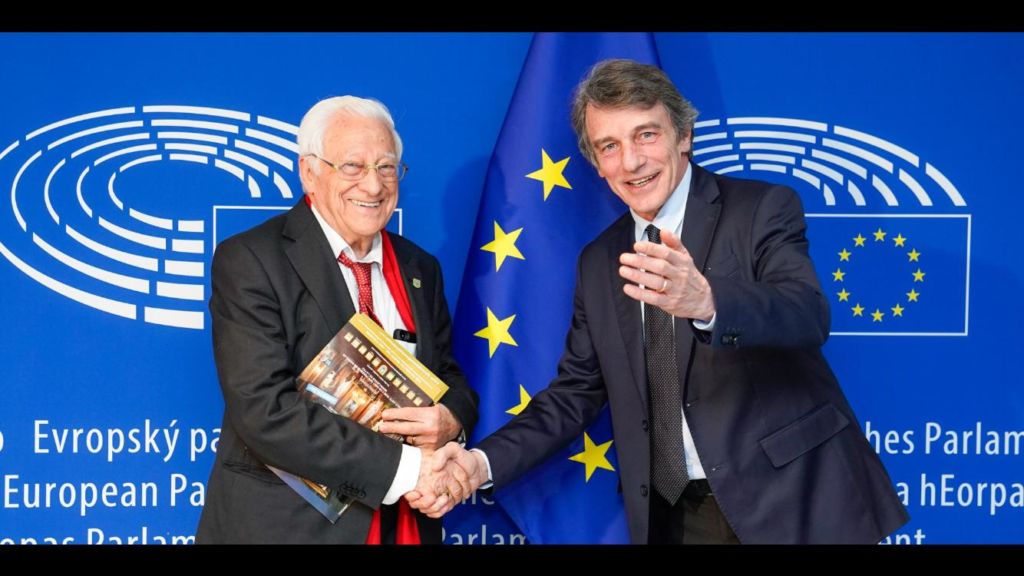 By this time last year, I published a book called “Un mundo mejor es posible” (A Better World is Possible), in which I defended the idea that our society has never had a higher solidarity level than today. It should be enough to see the pandemic we had to suffer as an example to realize that union and altruistic help for others have been the most effective tools to fight against the pandemic’s devastating effects. Although it is true that we had to suffer many losses, it is also true that we have had armies of volunteers, professionals and people that dedicated their efforts, sometimes even at the expense of their own health, to save others.

During the pandemic and taking advantage of technology, in which I was able to be in many places without leaving my house, I had the opportunity to attend a Foro Nueva Economía (New Economy Forum) meeting, where  David Sassoli, President of the European Parliament, was giving a lecture in which, we could ask questions. He said that Europe had done “the biggest demonstration of European solidary power ever seen, similar to the Marshall Plan, the program that helped us recovering from the Second World War” and also that “despite everything, we had to fight against some national selfishness, but now it’s clear how we are going to face this emergency”. When it was my turn to ask questions, he was very aware of the situation of the most vulnerable and most forgotten groups in our society during this pandemic, homeless people, and he invited us to carry out our annual Christmas Eve’s dinner for homeless people in the European Parliament. I thought this initiative was lovely and I had the feeling, after listening to him talk, that Europe was there to help us all. “Europe will only be successful if we are united, brave and supportive with each other”, Sassoli said. These are almost the exact same words we say, and we are aware that people’s highest value is shown when we are united.

From Mensajeros de la Paz, we have demanded help from Europe multiple times, especially during the refugee crisis when refugees were left forgotten in different parts of Greece, like Lesbos, and in Turkey. We weren’t successful those times with politicians, who made the decisions on the European frontiers. However, we did succeed with third-sector organizations, that provided help in different ways to these people who were running away from war and hunger.

Not long ago, European Parliament listened to us again and offered us an  exhibition room to give visibility to a photograph exhibition called “La solidaridad alimenta corazones” (Solidarity Nourishes Hearts) about the international work that our NGO does. I also remember that David Sassoli dedicated a few words to us: “You are an example of solidarity and help to those who need it the most”. However, like I always say, the example is given by each and every person involved in offering their help and support to others and I thank God that we are not the only ones. 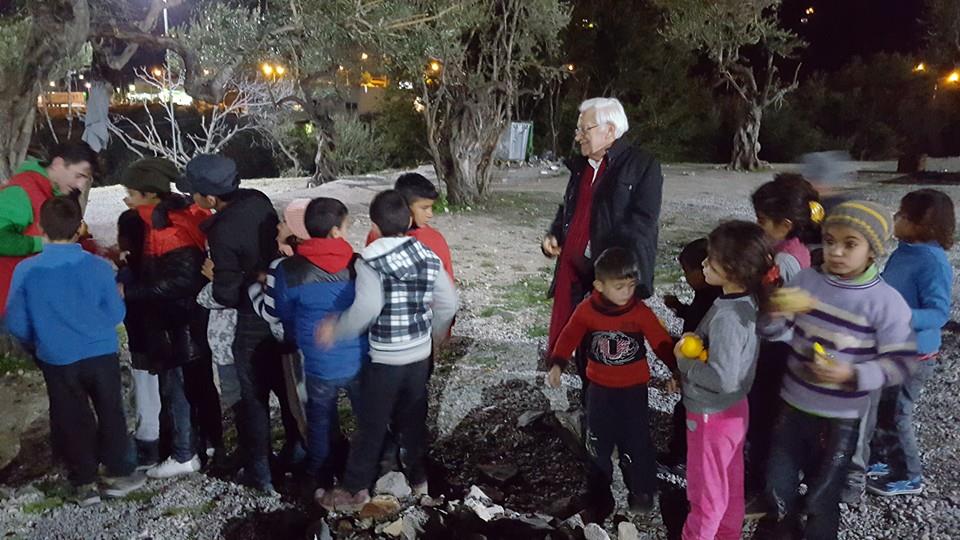 Mensajeros carries out an important international work and we are present in more than 50 countries. One of them is Italy, where last year we opened a church, opened 24 hours a day, in Rome to give shelter and help thousands of homeless people. This is the Chiesa delle Santissime Stimmate di San Francesco (Holy Stigmata of St. Francis’ Church). Now, this project has extended alongside with another beautiful initiative, very similar to the Cuerpo Europeo de Solidaridad Program (Solidarity European Team), that develops in Europe and offers different solidary projects to the youngest. We have opened an Opportunities Home for university students with no resources to have the possibility to live in our home in Rome and carry through their studies in exchange for doing some volunteering work with the St. Francis’ Church. Just a couple of hours, two days a week, to assist people with no homes that go to the church looking for shelter and find a mercy island where they can rest, pray and be listened to.

Some historians, as Timothy Garton, say that Europe “should lead the way to a better international cooperation” and this coincides with what Josep Borrel and our Foreign Minister, Arancha González Laya, state when saying that if we are not solidary, the crisis situation generated by the pandemic will end up affecting all of us individually. Solidarity is the word, the action and I would dare to say that it is everything in moments of crisis, like the one we are currently living in.

Society is not sick, but healthy and rich in values, as we have demonstrated throughout all these months of confinement, in which we have learnt to give, to worry about our neighbor, to ask before going out if someone needs something. Finding the support in this union representing Europe gives us more strength to all of us who live in this continent. But it’s not just that, it gives us something even more important: the strength to help other countries, other continents, in short, to help those who need us the most.

Solidarity is the word, the action and I would dare to say that it is everything in moments of crisis...